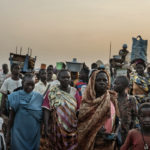 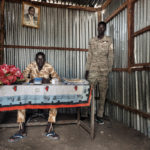 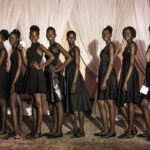 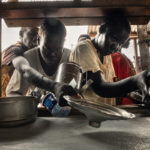 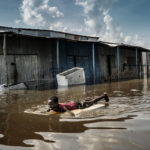 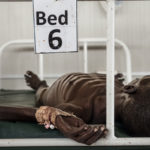 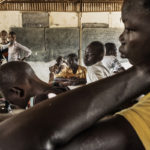 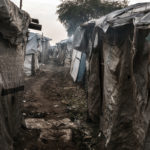 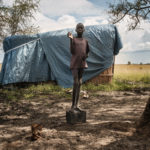 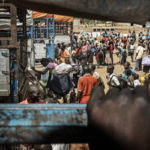 The signs and warnings that South Sudan was about to have a famine were very clear. Rival factions are locked in competition, but the only thing their ruthless claims to power are spreading is a general sense of chaos. So now it’s here: a man-made catastrophe. Civil war, fights, diseases, and starvation: That’s the daily challenge in South Sudan.

After decades of civil war, South Sudan succeeded in separating from its Arab north in 2011. People cheered, because more than 90 percent had spent a long time fighting for independence and now voted for it, but it was a short-lived dream.

In December 2013, a dispute broke out between the new president, Salva Kiir, and his former vice president, Riek Machar, and there was no going back, even though they had once fought side-by-side for independence. Kiir, who hails from the Dinka tribe, and Machar, a Nuer, represent the two largest ethnic groups in South Sudan. In the brand-new, united country the Dinka had been in power. The country’s big dream crumbled along with the disintegrating army whose soldiers had been running after their wages for months and now decided they had carte blanche to earn their pay by looting villages, camps, and aid convoys. In many parts of the country, the various ethnic groups started hunting one another down with incredible brutality.

The ongoing terrifying conflicts between the Sudan People’s Liberation Army (SPLA), which is Kiir’s army, and the current Sudan People’s Liberation Army in Opposition (SPLA/IO) – which is not only the army of his Machar but also the nation’s former rebel army, do not let the people breathe and come to rest. However, these aren’t the only players shooting at each other and fighting a bush war. As a result of troop disintegration, there are also many splinter groups forming new criminal gangs and countless militia groups full of young men who are likewise continually stirring the pot – all of them united by hatred and the commission of violent acts.

The United Nations High Commissioner for Refugees (UNHCR), a refugee agency, is sounding the alarm because of the dramatic rise in the number of refugees. Since the crisis erupted in South Sudan in December 2013, 4 million people have been uprooted from their homes due to war dan severe insecurity. 7.3 million are in need of humanitarian aid. Approximately 1.88 million people are displaced internally in South Sudan.

At 2.3 million refugees expected outside the country by the end of 2017, South Sudan has now become the seat of one of the greatest refugee crisis in Africa and, with that, of the third largest refugee crisis in the world – just behind Syria and Afghanistan, yet without getting the same measure of public attention, all the while humanitarian rescue missions suffered from chronic underfunding. The world invests more than USD 1 billion annually in South Sudan, but the weapons and ethnic conflicts aren’t coming to a halt.